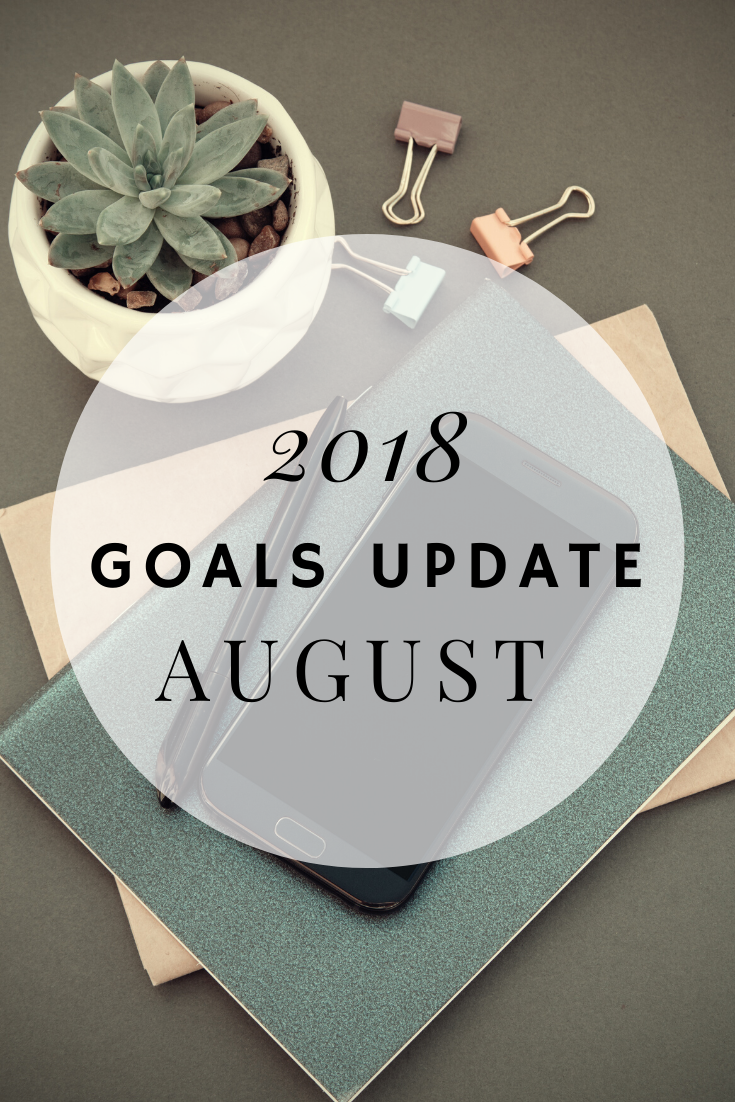 Summer’s over, fall is almost here, and I’m determined to finish this year just as strong as I started it. Here’s my goal update for August.

//Write down 10 things I’m grateful for every single day//

I’m still reflecting on the previous day as part of my morning routine. Instead of noting things in my phone, I bought a little notebook and have been using that as a gratitude journal.

I’m almost finished with Awaken by Priscilla Shirer. I’ve wanted to give up on this devotional several times now but I’m sticking with it to the end. I’m trying to gain as much from it as possible, but I am more than ready to move on to something else!

I’m back on track with this one and it feels so freaking good.

I’ve lost 14 pounds since January but have definitely stalled and know most of it has to do with what I’m eating.

Completed this one at the end of January and I’m doing really well with limiting how many I drink. I’ve also tried to cut down on the number of Red Bull’s I’ve been drinking because those are just as bad.

Most days I’m up at 5:00 am and I’m trying to do better about going to bed earlier. I LOVE having quiet time in the morning and feeling rushed as I start my day.

//Drink half my body weight in ounces of water each day//

//Read 12 books throughout the year//

I’ve read 16 books so I’ve officially met this goal. I set a new reading goal of 24 books which I should hit if I stay at the same reading pace.

I think everyone in our house is doing much better at this. Are we perfect? Heck no. But I’ve really been making an effort to speak positive words over my kids especially in the mornings while we eat breakfast and in the car on the way to school.

//Have bi-weekly date nights with my husband. Whether we go out or do something at home, a time carved out for just the two of us to strengthen our marriage//

We haven’t had as many out of the house dates, but we’ve still managed to make time for just the two of us. We both did the Ennegram test which was a fun activity and freakishly accurate.

Still creating a monthly budget, tracking our spending, and trying to set money aside for upcoming house projects we want to do.

Still trying to figure out the best way to fit everything in. Between my actual job, keeping little humans alive, and this blog, things can get pretty busy.

//Create a house where stuff does not cause chaos. Each room will only have things we love and all of those things will have a place//

I’m still purging things at least monthly and we’ve hardly brought anything new into the house. For awhile the boys wanted all the toys but that seems to have subsided, at least for now.