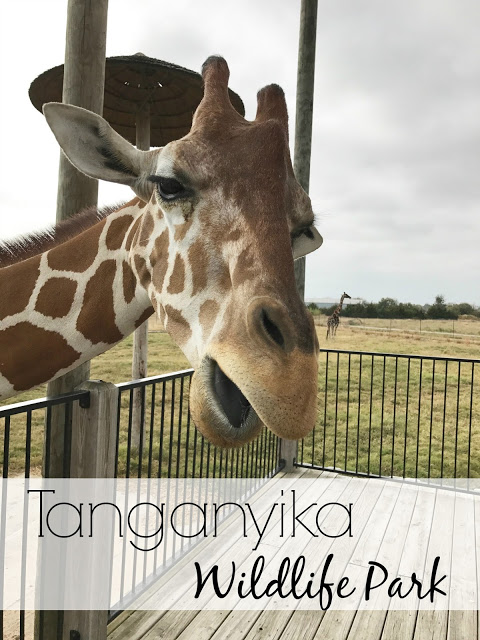 Visiting Tanganyika Wildlife Park has been on my bucket list for a couple of years now. I first read about the park on another blog and then after looking at their website, I became even more obsessed with wanting to go. And unlike a typical zoo, Tanganyika offers a completely interactive experience with the animals.
Getting There
The park is located just outside of Wichita, Kansas which is about a 5 hour drive for us. I wanted to make sure we had plenty of time at the park and to get some of the drive done while the kids were sleeping. We ended up leaving around 5:30am and I put the kids straight from their beds into the car, pajamas and all. They ended up sleeping until 7:30am and then we stopped around 8:30am for gas and to change their clothes. They’re both at the age where they do pretty well in the car and I packed our iPads, snacks, books, and a few toys to keep them entertained. We also stopped at a lookout point for Flint Hills which I highly recommend and it’s a nice change of scenery from the flatness of Kansas. 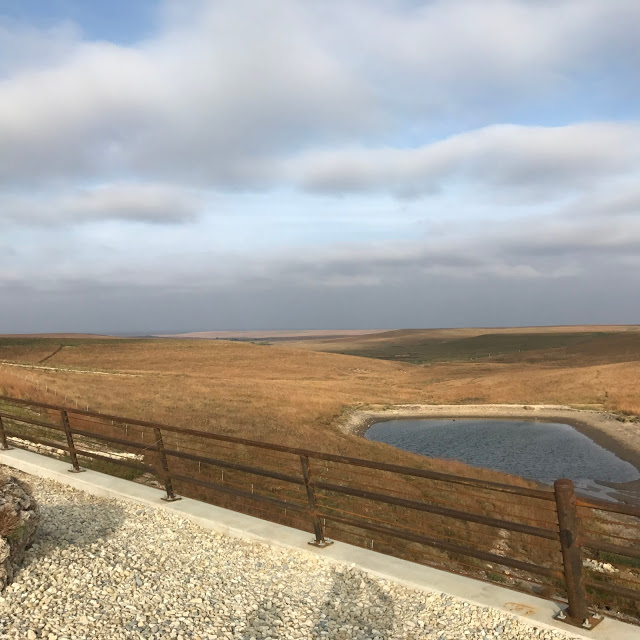 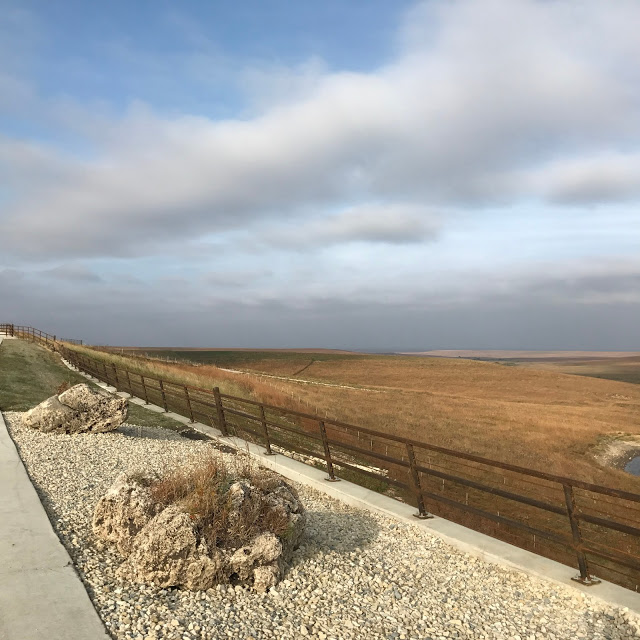 As we got near the park I honestly thought we were in the wrong place. The park is in the middle of a very residential area and surrounded by houses and neighborhoods. I was sure that I had made a huge mistake, but the park is legit and once inside you forget that you passed a neighborhood on the way in.
Admission
Tanganyika is privately funded and does not receive government subsidies and therefore costs more than a typical zoo. In addition to the admission fee, the interactive exhibits are extra but totally worth it and the main reason we came to this park. You can purchase individual tokens or a wristband in order to interact/feed some of the animals. We ended up buying the VIP wristband and I’m so glad we did. It allowed us to do all of the interactive experiences at least once and gave us unlimited access to the Giraffes, Lorakeets, Kangaroo Walkabout, and the children’s area (bunnies, alpacas, turtles, etc). We went on the Sunday before Halloween and it wasn’t crowded at all which allowed us to have lots of time to interact with the animals. At one point we were the only ones at the Giraffe lookout and must have feed them 3 heads of lettuce, once piece at a time. 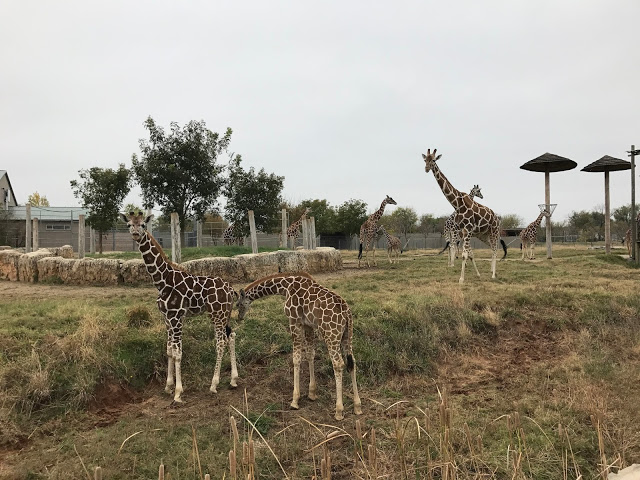 The Animals
I can honestly say I never thought I’d be able to get up close with a kangaroo let alone pet one. And their fur is surprisingly soft. We feed Clara, the Indian Rhino and Pluto & Posie, a pair of Pygmy Hippos. Lemurs ate crasins from our hands, the bunnies gobbled up lettuce, and the giraffes long tongues touched our hands as they grabbed the food. We also took a ride on a camel and watched a monkey cuddle her newborn. Not to mention all the animals we saw but didn’t interact with (tiger, penguins, alligator, fox, etc). 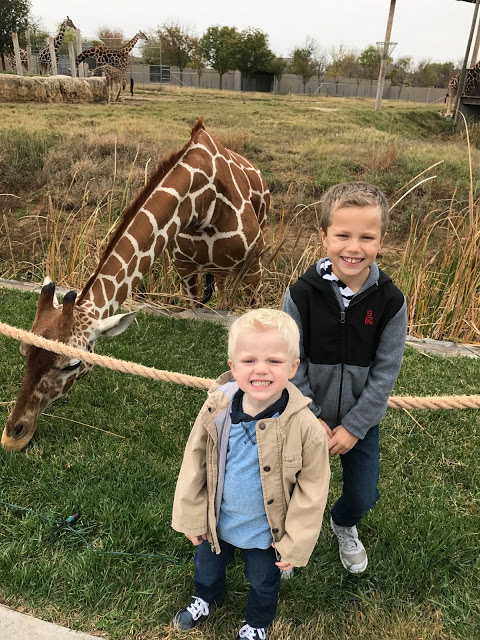 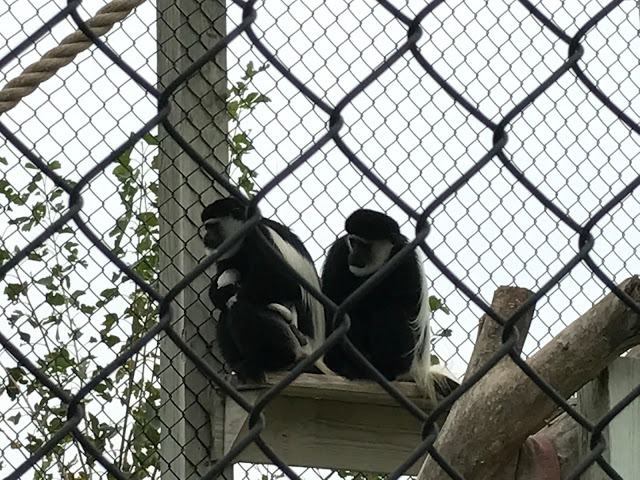 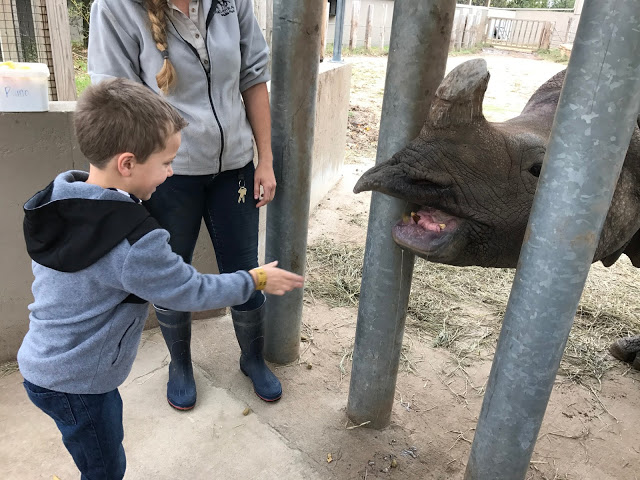 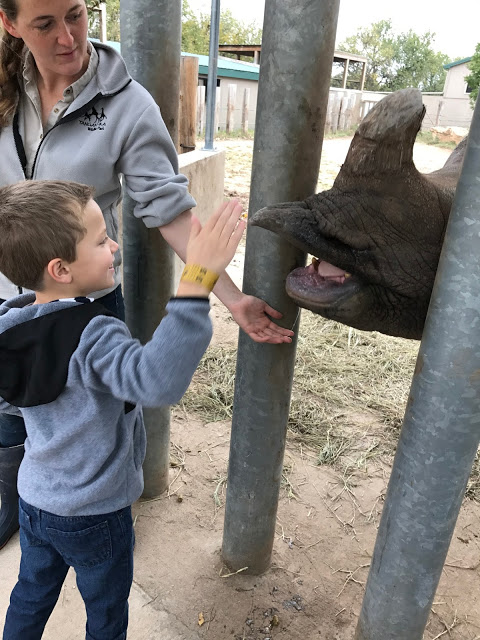 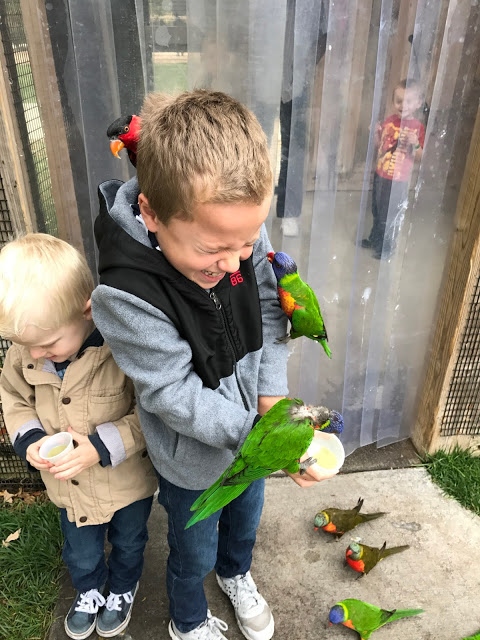 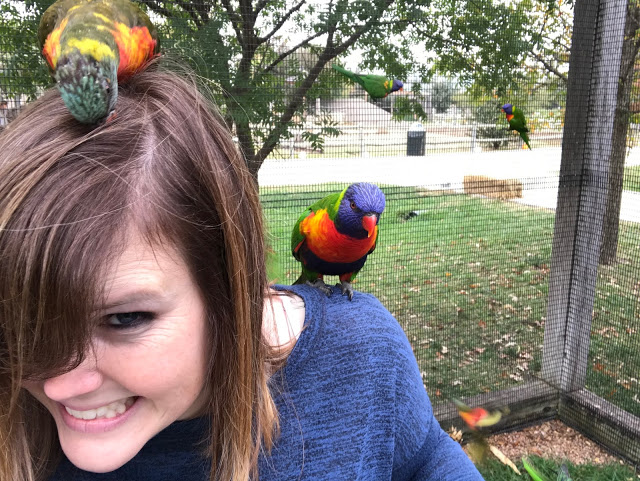 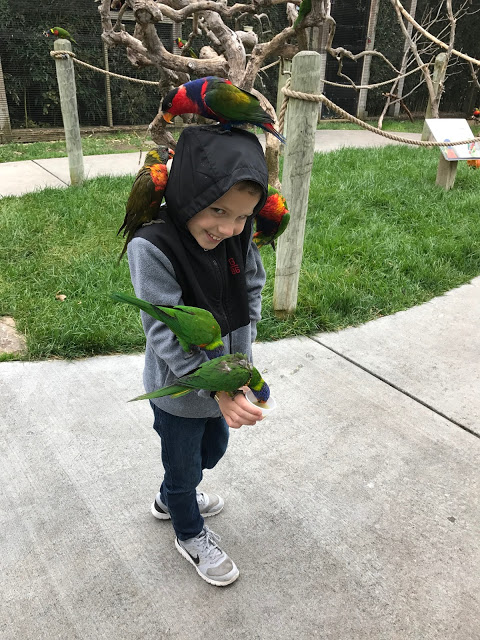 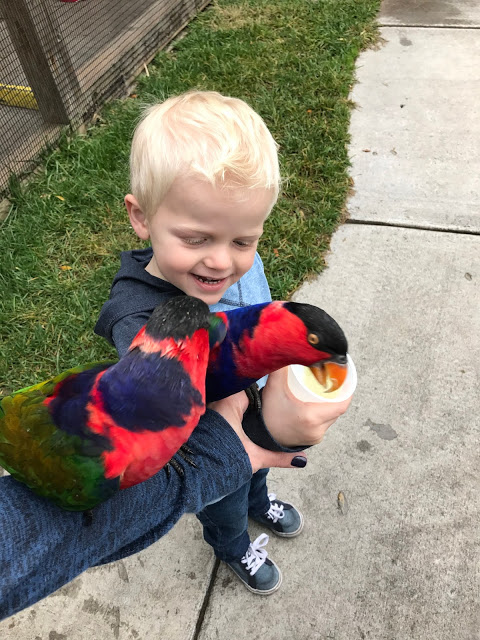 I mean, come on. A freaking kangaroo. 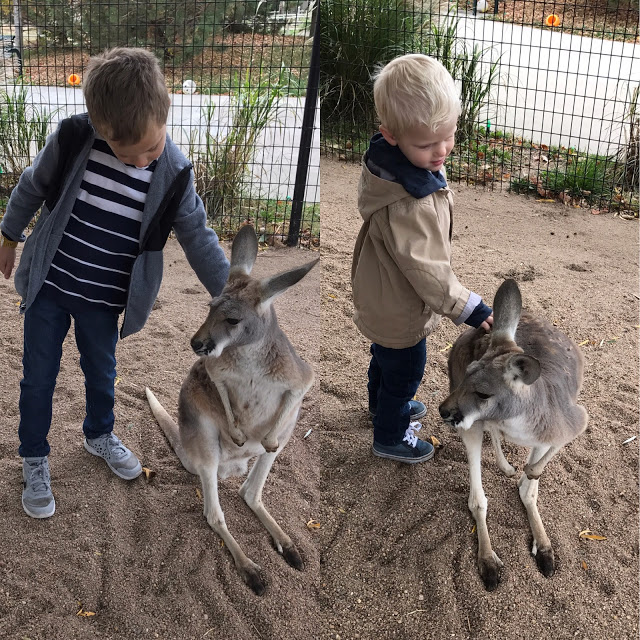 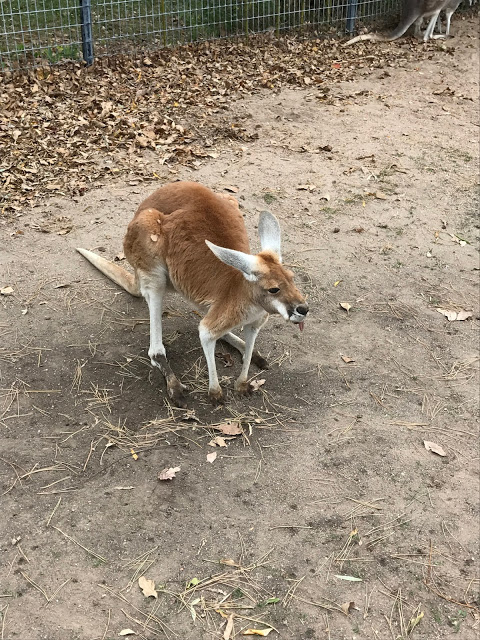 Safety
I never once felt unsafe with any of the animals and the staff is not only nice, but well trained. The kids were hesitant with some things (Lorakeets & Lemurs) but the staff was great at making everyone feel comfortable. Each area also has different rules and the staff will inform you of those. For example, in the kangaroo walkabout, you weren’t allowed to pet the kangaroo that had a joey in it’s pouch. It’s important to remember that while this park is interactive, all the animals are still animals so use common sense. 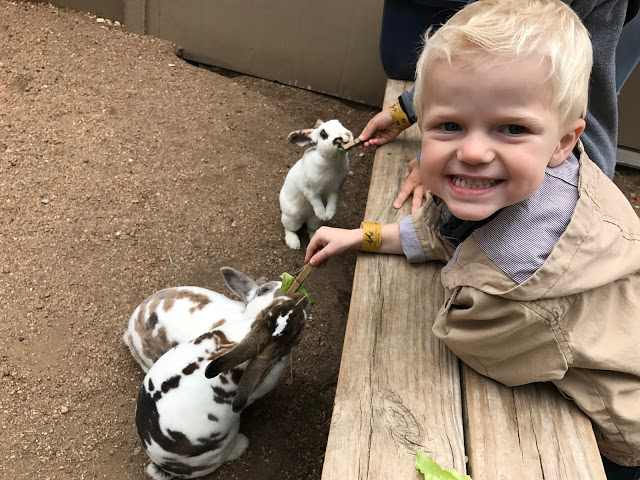 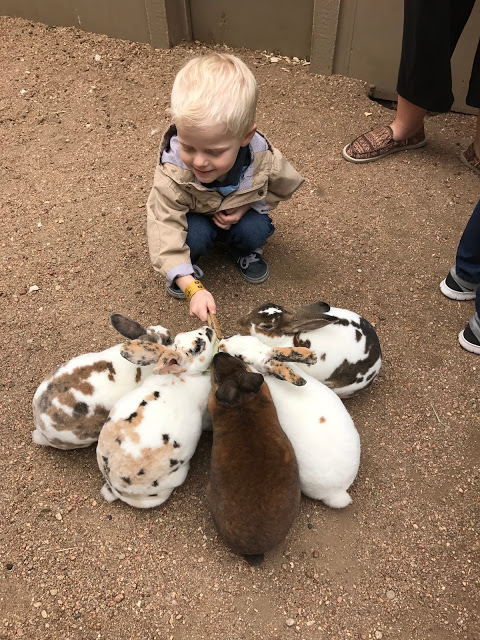 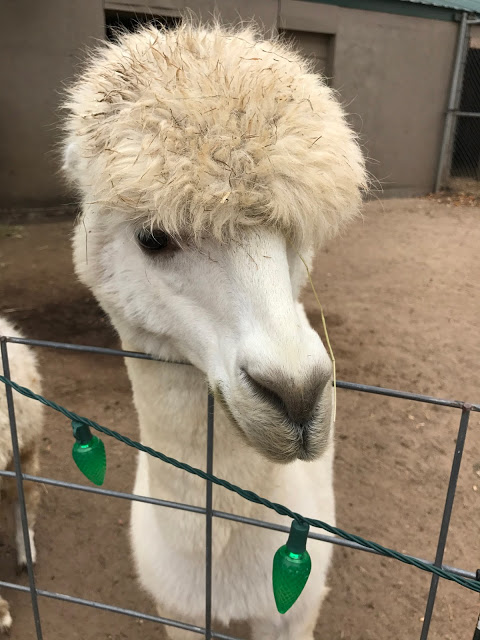 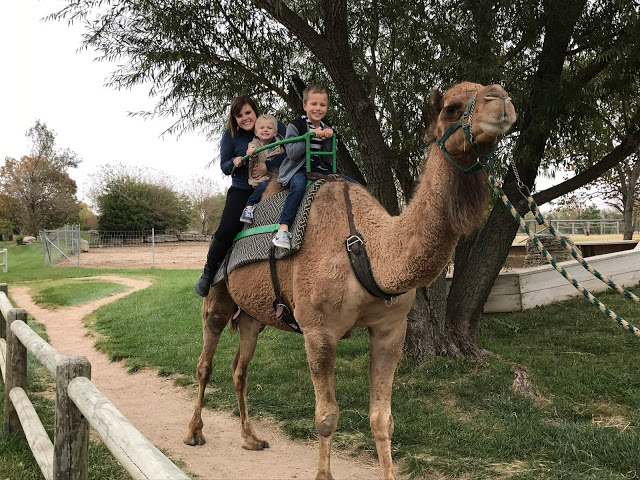 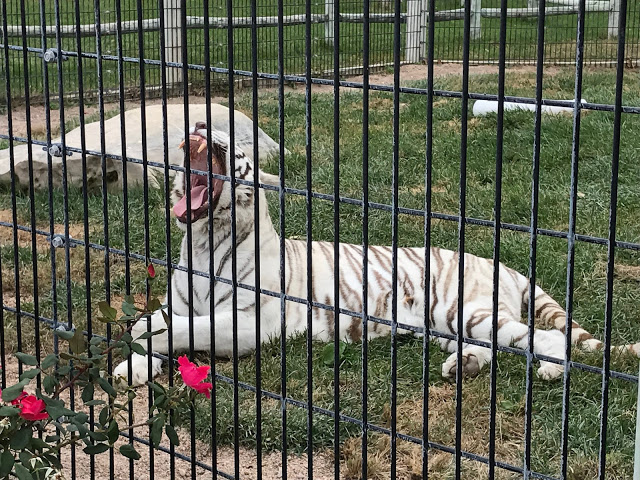 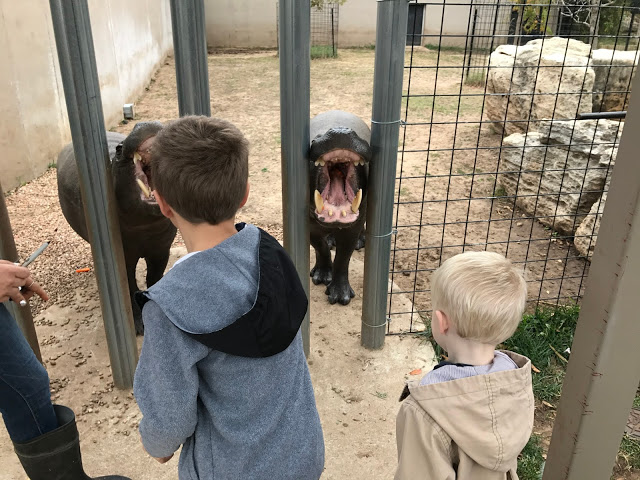 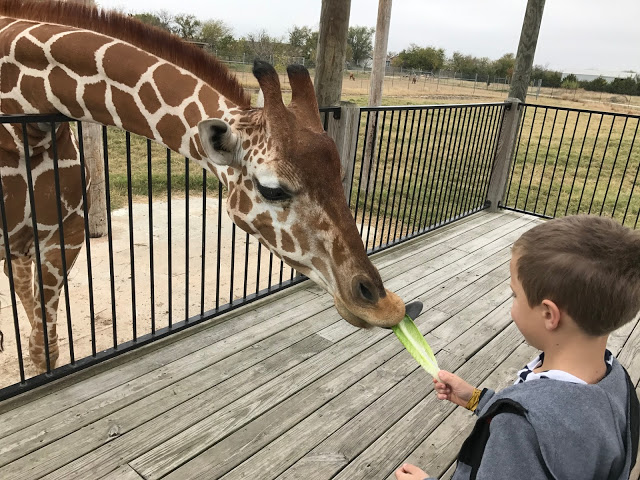 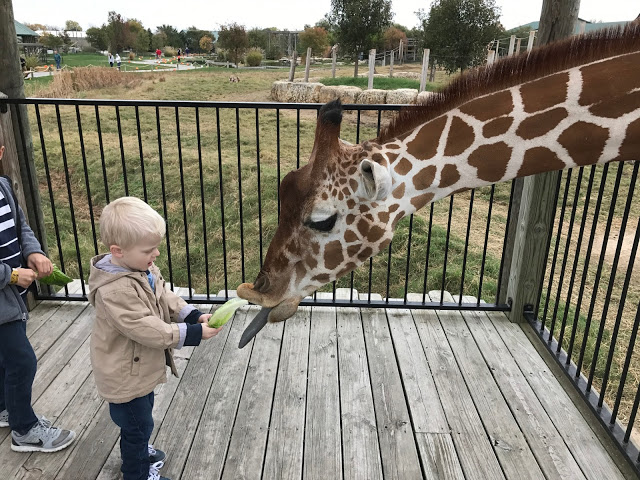 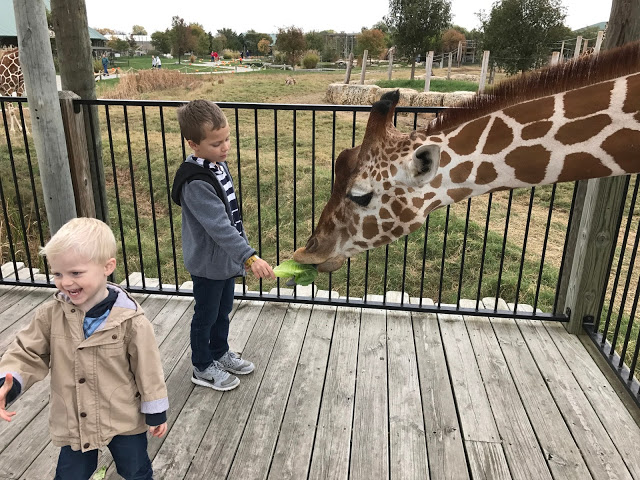 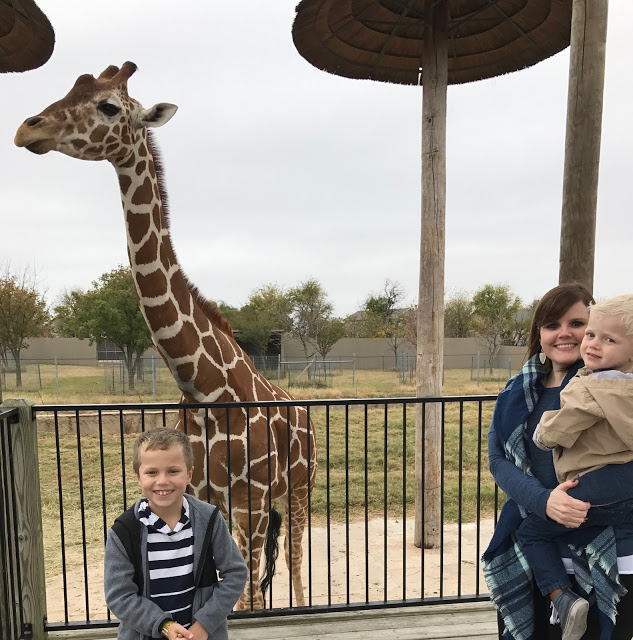 Overall Experience
The kids still talk about this place and love looking at all the pictures and videos. It was truly one of the neatest things we’ve ever done. We were there about 4 hours and did everything we wanted to do (some things we did more than once). If you go on a day that’s more crowded you may need to allow for more time. The only thing I didn’t love was the camel ride and I would skip it next time. If you have younger kids I would suggest bringing a stroller, but the park isn’t too terribly big and there are plenty of walking paths. The kids feel asleep as soon as we got in the car and we stopped for a late lunch/early dinner in downtown Wichita at River City Brewery. The park does have a concession stand with food and drinks, but I would skip that and head to a more local place. We left Wichita around 4:00 and the kids fell back asleep around 5:30pm and slept until we got home at 8:30pm. Even though it was a bit of a drive, if you live anywhere near this park you have to check it out. They are currently closed for the winter, but may open up on weekends if the weather is nice so make sure to like them on Facebook to get up to date information.
Note: This is not a sponsored post

Linking up for Weekending.