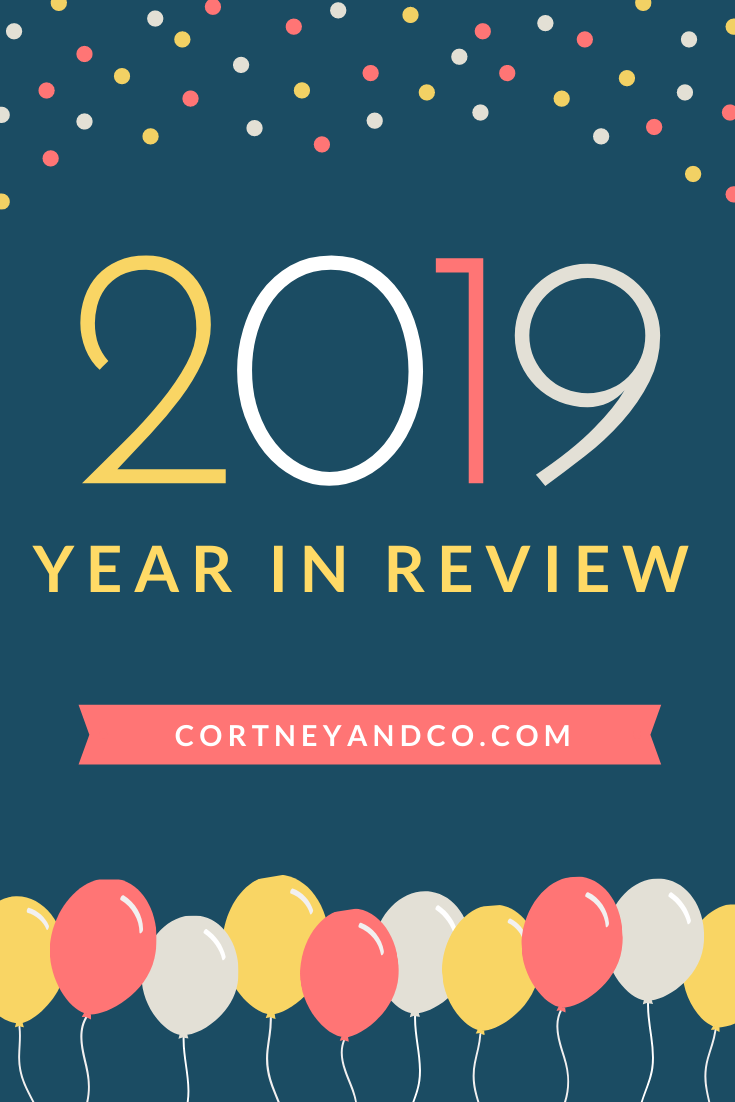 Part of the excitement of a new year is reflecting on the previous one. Whether they were big moments or small memories, 2019 was a great year and we’re ready to welcome 2020. But first, here’s a look back at 2019.

We had a huge snowstorm, Ben turned the big double digits, and I attended Let Them Eat Art with some girlfriends.

February was pretty low key. We celebrated two holidays, National Margarita Day 🙂 and Valentine’s Day. I made cheese and chocolate fondue for the first time and we all agreed this will become a valentine tradition.

This month was packed full of fun. After lots of begging, we finally took the boys to Great Wolf Lodge over Spring Break and they had an absolute blast.

My girlfriends and I tried out a new rooftop happy hour spot where the counter matched our drinks.

And once again the sneaky leprechaun escaped our homemade trap on St. Patrick’s Day.

April was one of the busiest months of the year. My work celebrated Autism Awareness Day on the 2nd followed by a throwback themed trivia fundraiser the next weekend.

The boys attended an Easter Egg Hunt at the Governor’s Mansion and met the governor and first lady.

I also made these DIY Air Fryer Easter Eggs.

Some friends and I joined hundreds of other murderinos and saw My Favorite Murder Live in St. Louis.

I traveled to Albuquerque, New Mexico for a quick work trip.

And made it back just in time to see Ben’s class compete in Float Your Boat, a fundraiser for our local Food Bank. His class designed and built a boat and then had to get in and paddle from one side of the lake to the other.

May was filled with so many special memories including Mother’s Day and Jack’s kindergarten graduation.

Track and baseball started again and Ben took home his first medal of the season.

I hung out with Lewis Black and Kathleen Madigan at a work event where they performed stand-up.

And we ended the month by spending the long Memorial Day Weekend in Chicago.

We celebrated father’s day with lunch at our house.

And Jack’s 6th birthday with an Avenger themed pool party.

We also went berry picking where once again the boys managed to eat just as many blueberries as they picked.

And at the end of the month we headed to Tulsa where Ben competed in Regionals for track.

It might have been on one of the hottest days of the year, but we braved the heat and the lines and went to Six Flags. Jack rode his first real roller coaster and loved it.

I hosted book club at our pool where we laughed, literally all night long.

The boys attended VBS (vacation bible school), Ben’s last one since it only goes until 5th grade. Cue the tears.

I can’t recap July without mentioning the 4th of July although it rained for the majority of the day. We also celebrated J’s birthday on the 19th but apparently I didn’t take a single picture of it.

With only a few weeks of summer left, we crossed several things off our Summer Bucket List. We also went to family night at the golf course where we let Ben drive the cart and somehow managed to survive.

My best friend and her kids came into town which called for an impromptu pizza party at the pool.

And as much as we didn’t want summer to end, the boys had their first day back at school.

These 3 Golden Girls and I planned a trivia night for St. Jude’s where we raised over $8,000 for the children’s hospital.

The boys and I attended flick on the field where we watched Avengers Endgame on the jumbo-tron.

I spent a week in St. Louis where I helped organize an autism conference for over 500 professionals.

J and I took the boys to one of our favorite fall activities at a local farm. This year the boys got to smash pumpkins and watermelons.

And one of my favorite things from the whole year was going to one of my best friend’s baby shower. After years of trying to get pregnant, we were all so excited to celebrate the upcoming arrival of her sweet baby girl.

We celebrated my birthday on the 1st and I made a special birthday wish.

The homecoming parade was one of the best ones yet and this Toy Story float was our favorite.

The boys’ school had it’s fall festival and we made homemade caramel apples for the first time.

I got to meet sweet baby Reese who we’d celebrated just a month earlier. She arrived 4 weeks early and was already over 8 pounds and so squishable.

We crossed several things off our Fall Bucket List including Crush Fest and our annual visit to the pumpkin patch.

J and I headed back to St. Louis one final time for my work’s annual autism gala.

And then I hopped on a plane to present at a national conference in Seattle.

While I was in Seattle, Ben headed to the Smoky Mountains for a week long 5th grade field trip.

And we all returned home just in time to celebrate Halloween.

Compared to October, November was relatively calm. The boys went to a Frozen Lego event at Barnes and Noble where they built a castle from Arendelle.

And I hosted Thanksgiving for the first time and re-created one of my favorite tablescape ideas from Pinterest.

The majority of December was focused on Christmas and all the fun things leading up to it. My sister and I took the kids to see Wicked at the Fox in St. Louis followed by Garden Glow at the MO Botancial Gardens.

Our book club had it’s final meeting of 2019 complete with sushi and Celine Dion karaoke.

The boys visited Santa and he let them in on a little secret. If a child doesn’t go to sleep and tries to sneak a glimpse of him delivering presents, he/she doesn’t get anything since Santa wouldn’t have time to swing back by and drop off the presents. They promptly assured Santa they would be sleeping.

I went to a couple of different holiday parties including our all center party at work where we played Wheel of Fortune and my co-worker and I dressed up as Pat & Vanna.

Our elf, Sparkle, came to stay with us on the 1st and left on Christmas Eve night. I can’t say I was sad to see him go. And no December is complete without gingerbread houses, baking cookies for Santa, and lots of time together as a family.

I hope you and your family had a wonderful 2019 and cheers to a happy, healthy, and prosperous New Year! 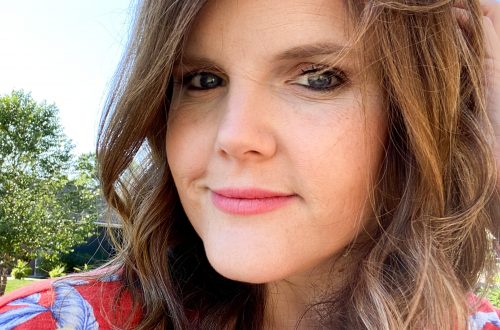